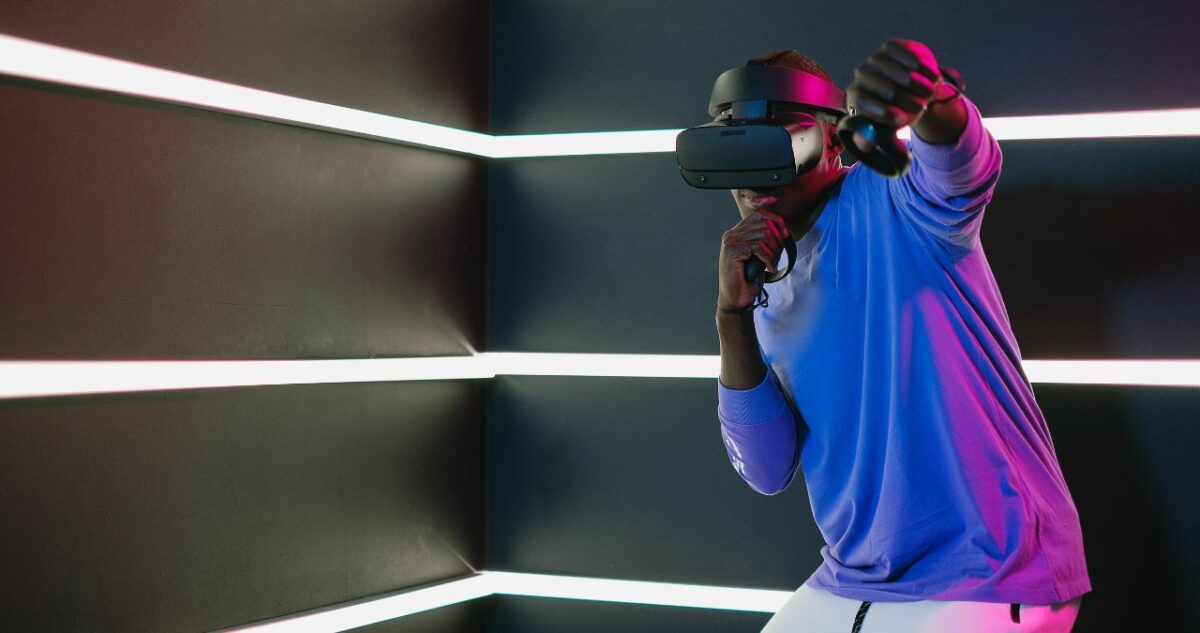 Technology is ever-advancing, so much so that it can actually trick you into believing that you’re in another location without ever stepping foot out of your house. Yes, we’re talking about virtual reality (VR), of course. Virtual reality isn’t necessarily new; in fact, it’s been around for quite a while. However, it used to involve much bigger, clunkier equipment, and it could really only be found and used in arcades or require a PC. Fast forward to today and things have certainly changed in regards to VR gaming.

What is Needed for VR Gaming?

Today, VR equipment is much more streamlined, affordable, and accessible. As a result of Facebook’s launch of Meta, and a variety of other companies going into the virtual reality sector, VR use cases have begun to explode. On top of gaming, VR systems are actually used for and looking to be used for a wide range of things.

From work to attending school, as well as therapy sessions, many people claim that virtual reality is the wave of the future. It makes sense, too, as we’re really entering the technocratic age, or as Klaus Schwab at the World Economic Forum calls it, the 4th Industrial Revolution.

Whether you’re interested in using a VR headset for entertainment purposes, or you want to use it for everyday tasks, if VR experiences are something that you want to get into, the first thing you’ll need to do is make sure that you have all of the necessary gear.

What type of VR gear do you need to get started? Keep reading for an overview of the things that you’ll need to enter the world of virtual reality.

The first and most obvious thing that you’ll need to start with virtual reality gaming is a VR headset. There are several different VR headsets nowadays, and the following types of VR headsets are among the most popular:

Made by Lenovo, the Oculus Rift S is the new and improved version of the Oculus Rift. It features an insight tracking system, which is comprised of five sensors that track your head and controller movements. Other types of popular Oculus VR headsets include the Oculus Quest 2 and Oculus Link.

The Cosmos from HTC Vive has an impressive 90Hz refresh rate, AMOLED displays, and outstanding tracking. The HTC Vive Cosmos is also very comfortable to wear, and thanks to the tracking cameras, it’s really simple to set up. This popular VR headset features a flip visor, too, so you’ll be able to leave the virtual world and come back to actual reality in just a second.

Google Cardboard is a more budget-friendly virtual reality headset for beginners. However, it’s important to note that there are several limitations to the Google Cardboard VR headset. For instance, Google Cardboard can’t be used to create a simulation. It has lag issues, too, and users have reported that using it for a long period of time can make you feel sick.

Samsung Gear is a higher-quality version of Google Cardboard. While it’s super portable and affordable, it Samsung Gear is only compatible with Samsung smartphones. Additionally, the battery life tends to be really short.

Is VR the future of Gaming?

The growth in VR gaming hasn’t just been steady, it’s been exponential. According to industry experts, virtual reality gaming industry revenues are expected to reach $2.4 billion in 2024. For comparison, the VR gaming industry’s total revenues in 2017 amounted to $400 million.

The rise in popularity of VR gaming can largely be attributed to the increased affordability and availability of VR gaming headsets from the likes of VR companies such as Oculus, owned by Meta (Facebook). As the industry continues to evolve, so will the games, headsets, and platforms that gamers use. However, one thing is for certain, VR gaming is here to stay.

What is Virtual Reality Gaming?