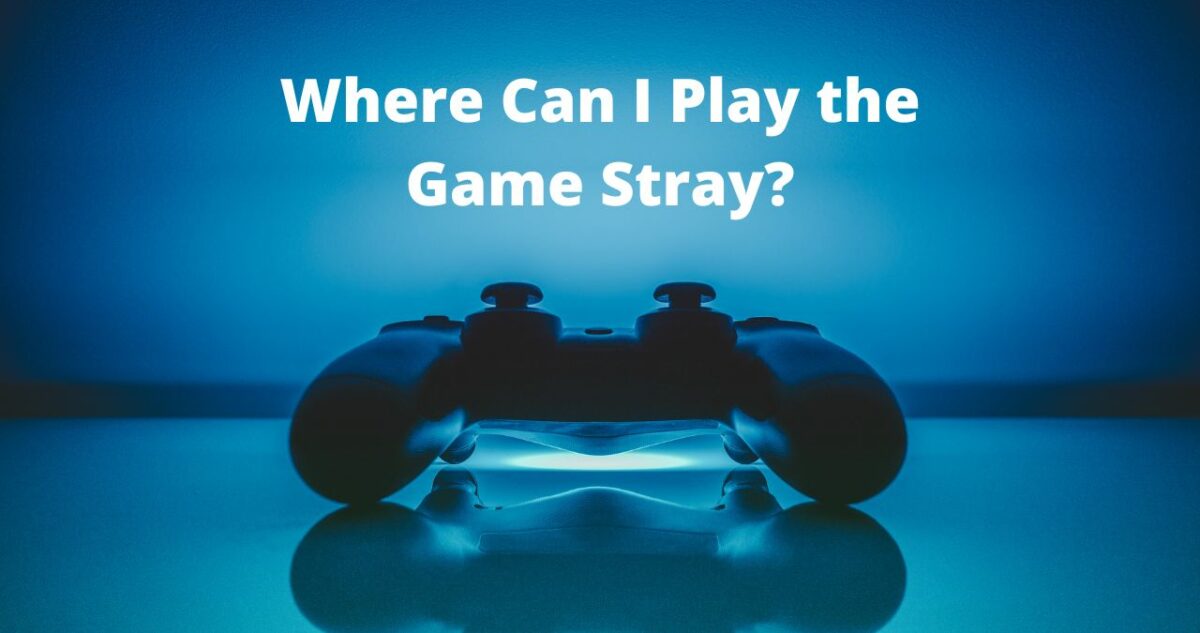 There’s a new video game that has received tons of attention and gamers everywhere want to know where they can play it. We’re talking about the game Stray, of course!

Stray, developed by BlueTwelve Studios, launched July 19, 2022, and has received a lot of attention. In fact, the success that it has garnered is quite impressive for an indie studio. Given the high-quality graphics, the interactive nature of the game, as well as the fact that it features cats, it’s easy to see why Stray hit the gaming scene running.

Where Can I Play the Game Stray?

While all of your friends or your favorite Twitch streamers and YouTubers have been talking about this game non-stop, we’re sure you’ve been wondering where you can play Stray, too.

An Overview of Stray

Before we take a look at how you can play Stray, let’s do a little overview of this new indie game.

The main character of the game is a stray cat, who is all alone after he was separated from his family. Upon discovering that he’s all alone, this cute and cuddly cat finds out that he must solve an ancient mystery so that he can escape a long-lost city.

This sci-fi, third-person adventure game is set in the neon-lit alleys of an old, decaying cyber-city. As the cat in Stray attempts to solve the mystery, he encounters numerous threats that he must defend himself against. During the cat’s adventure, he must also solve a number of other mysteries along the way, while also having encounters with curious droids and creatures that present certain dangers.

You’ll see this interesting world through the eyes of this stray cat, and you’ll get to interact with the surrounding environment in a playful way. Stray is a fun game to pass time, and it surprisingly requires a lot of strategizing and critical thinking.

Where Can I Play Stray?

Stray is a timed console game that is exclusive to the PlayStation Store. As such, at the time of writing, the only place that you can buy and play this game is on a PS4 or PS5. Since it is brand new, it’s going to be some time before it will be available on Xbox and Nintendo Switch gaming consoles.