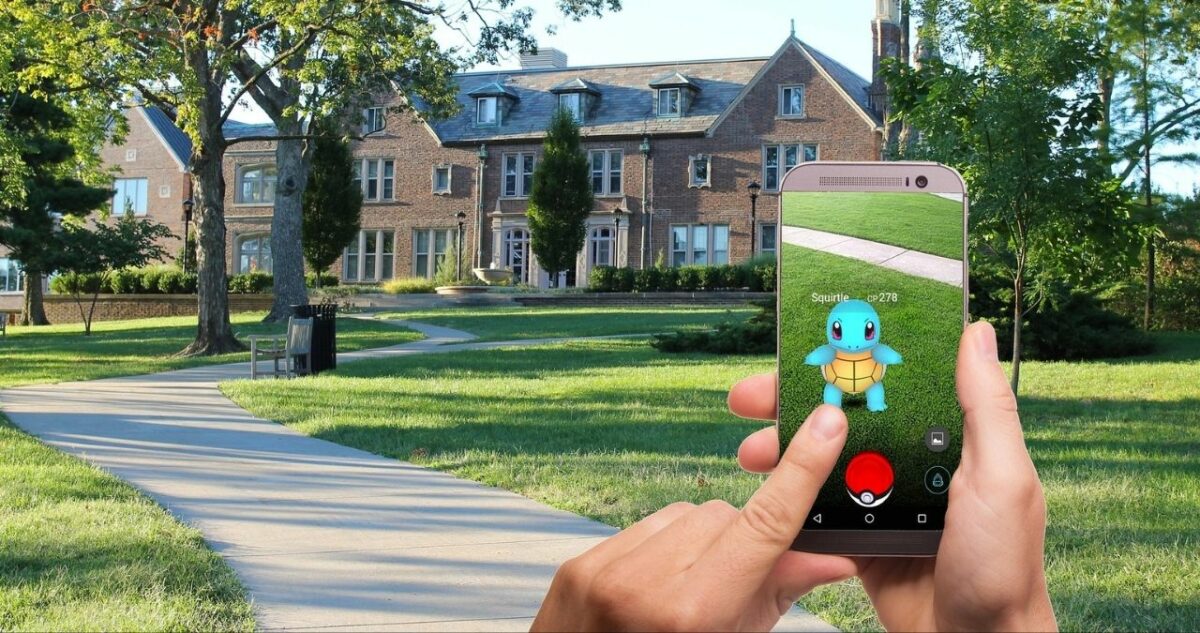 Remember that wonderful summer of 2016 where Pokémon GO was launched and basically all was right in the world? What many may not know is this wasn’t just a fad or a phase. Believe it or not, this simple and exciting summer never actually ended for the serious players. Not only that, but the game has morphed and evolved into an even better experience. It’s become more immersive and events around the country are being held where lifelong friendships are formed. In this article, we will take a look at a new augmented reality game hitting the market later this year, as well as some of the games that paved the way for this next-generation game.

Today, smartphones and technology can often be associated with isolation, disconnection from the outside world, inactivity, and even addictive behaviors. Oddly enough, this groundbreaking game manages to do quite the opposite. It has the ability to get us outside, get us active, and even create a sense of connection and community. If you were never a huge Pokémon GO fan, I have good news for you. What if I told you that another augmented-reality game was in the works? But this time is all about Autobots and Decepticons.

Getting clear about AR

What exactly is augmented reality gaming anyway? Maybe you never dove into the Pokémon GO world during that splendid summer six years ago. Perhaps you just never got into gaming at all. If this is the case, it can be helpful to understand what exactly we’re talking about here. Let’s unveil the basics of AR.

Augmented reality gaming is the merging of audio content and game visuals with the player’s environment in real-time. It’s a truly innovative experience. It differs from virtual reality in that it has the unique ability to use the existing environment instead of needing a separate or confined area. The creators of these AR games have pre-made a specific environment that lays over the actual environment. Examples include an in-game character climbing from the kitchen table to the counter via a virtual bridge. Additionally, AR games typically don’t require any kind of headset. A smartphone or tablet is all you’ll need. This allows for more freedom and creativity for the user (an incredibly appealing idea, especially for the younger crowd). Although it’s a time-consuming process for the creators, users are captivated and remain anxious to see what’s next.

From tiny critters to gigantic robots

Pokémon GO paved the way when it comes to accessible AR games. Many are pumping their fists to the news that there’s a new and improved AR game in the works. This time, it involves gigantic robots, aka Transformers! In a time where healthy escapism feels more enticing than ever, Niantic is releasing its new project. Transformers: Heavy Metal. Niantic is the world’s leading augmented reality company and the masterminds behind Pokémon GO. They firmly believe that when the digital world and reality unite, magic happens. It’s safe to say that users agree. This AR company single-handedly transformed Earth into a game board and now they’re taking on the world of Transformers.

Transformers Heavy Metal is expected to launch globally this year with a soft launch in select countries. However, the official date is still unknown. The description of the game goes like this; players will be banding with a group of humans (the Guardian Network) with the Autobots to finally win the war against the evil Decepticons. The name of the game is to uncover hidden regions in order to find resources and battle the Decepticons. An epic war against good and evil, light and dark. Players have the option to do this solo or with friends, making it accessible for all hours of any day. So if you can’t conjure up anyone to jump on board on a Sunday night at 11 p.m., you can go out and fight this war all on your own.

During these confusing times, we’re all craving simplicity, connection, and community more than ever (making this announcement extra special). With the explosiveness and popularity that came with Pokémon GO, Transformers: Heavy Metal is sure to do the same. With AR gaming being as new and revolutionary as it is, it’s a guarantee that this is just the beginning of a magical journey. As Optimus Prime so famously puts it, “Autobots, roll out!”.