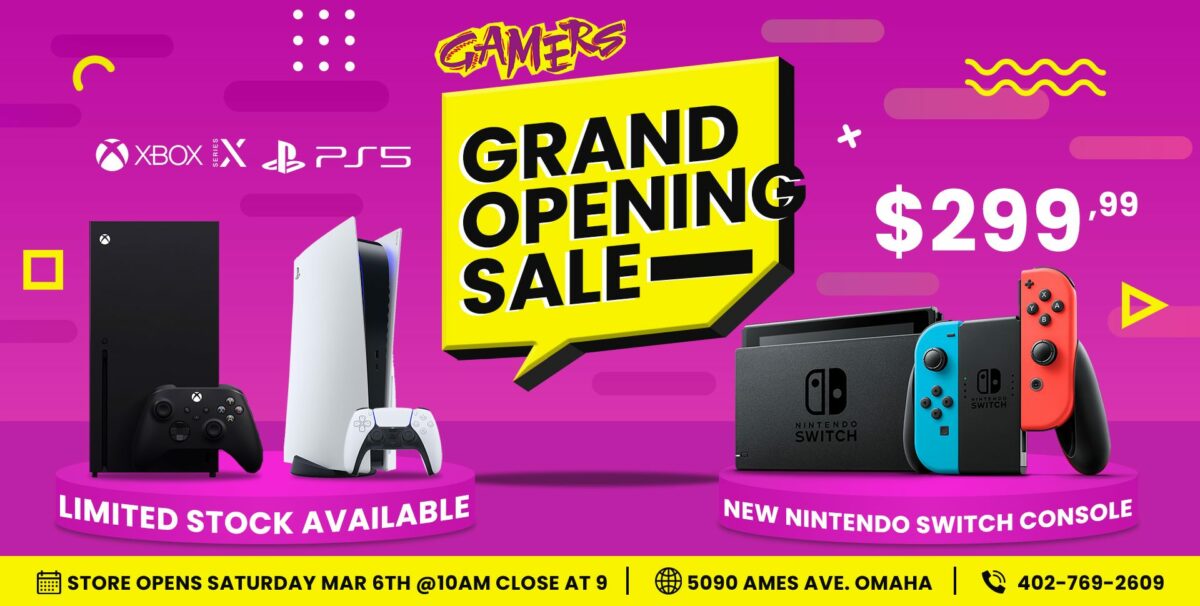 Gamers, Omaha’s headquarters for video games and electronics since 1993, is proud to announce a new location in North Omaha.

For more than 25 years, Gamers have been the go-to business for video games and gaming consoles. Since acquiring new ownership under David Mitchell, the legacy of this local business has thrived while supporting the local gaming community. To mark the occasion, the public is invited to a grand opening celebration from 10 a.m. to 9 p.m. on Saturday, March 6. The store is located at 5090 Ames Ave Omaha, NE 68104 (in the Walmart Plaza).

The new Gamers location will be the first game store to ever open in North Omaha’s entire district. Gamers is an African American-owned business. Owner David Mitchell, a North Omaha native, is excited to finally bring a game store to the community and sees the new location as a great way to bring more job opportunities to North Omaha. 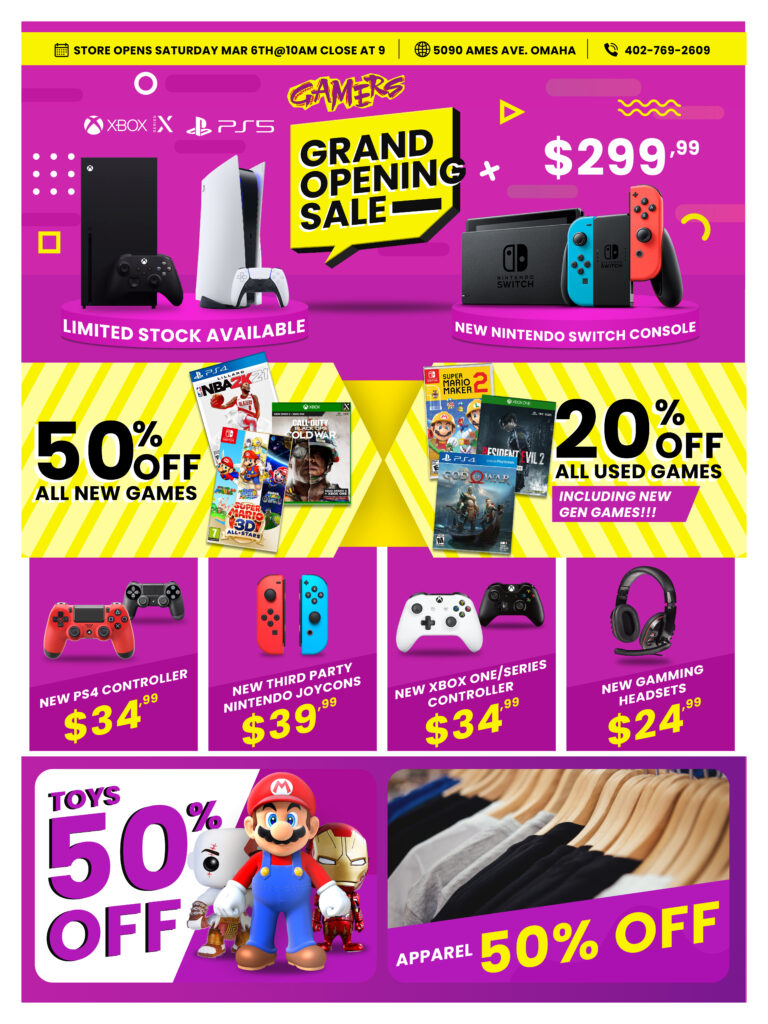 New-gen game consoles will be available at Gamers in North Omaha on the date of opening. This includes PS5s and Xbox Series consoles. Due to high demand, there will be limited quantities available.